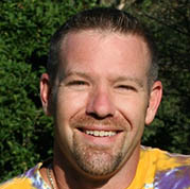 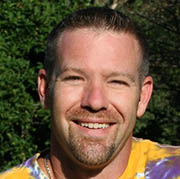 Scott Haddix g94 began his coaching career at Taylor University Fort Wayne (TUFW) as assistant to his wife, Anne. She was head coach of women’s volleyball until 1997, when she took a leave of absence upon the birth of their first child. Athletic director Bud Hamilton agreed to let Scott take his first foray into the head coach position with the Lady Falcons.

He continued in this role for 10 seasons, during which the team competed in eight National Championship Tournaments and played in three consecutive national championship matches.

One of his favorite memories was when TUFW was invited to the Tiffin University Tournament in 2007. Most of their opponents were from the National Collegiate Athletic Association (NCAA), an entirely different league. Their first night, they played Slippery Rock University which, in Scott’s words, “completely destroyed us.” But the very next match, they won 3-1 against West Liberty State. The host school politely informed us that we would not be invited back the next year. “I think we gave them a whole lot bigger match than they wanted,” Scott said.

Scott currently coaches volleyball at University of St. Francis in Fort Wayne, a NAIA Division II school and member of the Crossroads League. His coaching career has included five seasons at Northrop High School in Fort Wayne, IN, where he was named Summit Athletic Conference Volleyball Coach of the year in 2009 by The Journal Gazette. He also served as the District 2 representative for the Indiana Coaches of Girls Sports Association Volleyball Committee and Director of Summit City Wave Volleyball Club. He speaks at local high schools on healthy dating relationships and presents annually at the IHSAA Student Leadership Conference.

One of the things about coaching that Scott says matters to him the most is seeing how struggles and successes on the court integrate into the rest of a student’s life. “You rally together and figure out ways to overcome,” he said. More than wins and losses, Scott is most proud of how the athletes he has coached have gone on to accomplish great things. Some of his former players now coach high school, middle school, and club teams, and Scott said he enjoys when they contact him to talk shop. “They want ideas about this or that, or what to do with this parent or that parent, which is always kind of fun,” he said.

Scott and Anne have three daughters, Alexandria, Natalya, and Felicia, and reside in the Fort Wayne area.