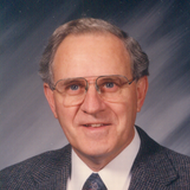 William “Bill” Gerig g61 has been a hallmark of the Fort Wayne campus since he first moved to Fort Wayne with his family in the 1940s. He grew up with such giants in the family as the late Dr. Jared Gerig g29 and Dr. Wes Gerig g51, yet Bill developed his own unique gifts and used them with remarkable success on the mission field in Sierra Leone for 15 years. He founded and coordinated the Missionary Church’s theological education through extension program in Sierra Leone, reaching hundreds of bi-vocational pastors with essential coaching and training

Upon his return the U.S., Bill served the Fort Wayne campus for two decades in several capacities, including teaching missions courses, directing the Correspondence Studies program, and leading the campus through the transition to TUFW as alumni director.

Through many ups and downs, Bill has been a minister of kindness and grace to those around him. He has been a faithful steward of his family’s spiritual heritage, using his unique gifts to serve God in many ways, touching hundreds of lives, both around the world and in his own backyard.

Bill is married to Joyce (Wiggle) g61 and they have two daughters, Sandy g84 Kinde and Sharon g89, and four grandchildren.

William “Bill” Gerig g61 has been a hallmark of the Fort Wayne campus for more than half a century. Born in Cleveland, OH on February 6, 1937, Bill’s early life was marked by his father’s call as a pastor and educator. Bill spent the early years of his life in Phoenix, AZ where his father, the late Dr. Jared Gerig g29, served as a pastor in the Missionary Church. In 1945, Dr. Gerig was invited to serve as dean of Fort Wayne Bible College (FWBC), so he and his family, including his older brother, Dr. Wes Gerig g51, and his sister, Gwen, moved to Fort Wayne. After several years, they moved to Susa, CA so Dr. Gerig could obtain his doctorate at UCLA while serving as dean of Pacific Bible College. Two years later, Dr. Gerig was elected president of the Missionary Church, and the Gerigs moved across country to Fort Wayne once more. In Bill’s words, “We made big moves when we moved.” His father became president of FWBC in 1957.

Bill’s earliest memories of the campus were from his family’s first move to Fort Wayne. Their family lived behind Founders Hall in a faculty residence building, and Bill spent Saturdays in the gym playing basketball with the college students and attending Friday night “Mission Band” services. These services and the association with many of the students had a big impact on the direction of Bill’s life.

His parents were another key influence during Bill’s childhood. A true husband-wife team, they set an example for Bill of what Christian service is all about. He also had a very close relationship with his older brother, Wes, and his sister, Gwen, which continue through this day.

Bill attended high school at South Side and played on the basketball and tennis teams. As he approached graduation, he felt called to be a missionary, but not necessarily to be a pastor. He had been inspired by an English missionary doctor to Sierra Leone who had once stayed in their home, so he decided to pursue medical missions. He had hoped to attend FWBC, but at the time the campus did not offer a science program. Bill entered Wheaton College as a pre-med major, graduating with a degree in zoology.

While at Wheaton, Bill played on the basketball team, which went on to win the NCAA Division II National Championship during his sophomore year. He was team captain and All-Conference player his senior year. The summer after graduating, he participated in a Venture for Victory basketball trip through Asia organized by Taylor University basketball coach Don Odle, playing in Korea, the Philippines, Hong Kong, and Okinawa. He was convinced that if the Lord was calling him to overseas missions specifically in Asia, the trip would confirm it. He did not feel this call and knew his missions destination would be elsewhere.

In 1959, Bill married (Wiggle) g61, whom he had met while working at Maranatha Bible Conference in Muskegon, MI the summer after graduating high school. While Bill was attending Wheaton, Joyce was in nurse training in Detroit, so their courtship was by correspondence for four years. Someone once said, “Absence makes the heart grow fonder.” Bill and Joyce will celebrate their 60th anniversary in 2019.

That same year, Bill and Joyce moved to Martinsville, IN with the hope of attending Indiana University Medical School. When he was not accepted to the medical program, Bill decided to complete courses in anthropology and linguistics, which would later help him on the mission field. With the door to medical missions closed, Bill’s next move was back to FWBC to pursue a missions degree.

While attending FWBC, Bill and Joyce’s first daughter, Sandy g84 Kinde, was born. The family was living in the basement of Founders Hall, and Sandy slept in a crib in a closet beneath the main stairway leading to the building – and could sleep through anything. When the students came to Founders, they would often stop in and say hello.

One of Bill’s favorite professors at FWBC was Dr. Tim Warner g50 with the Missions Department, who later become head of Trinity Seminary’s graduate Missions program. Bill also took classes from his brother, Wes, who he remembers as a great but tough teacher. Bill graduated with his degree in missions in only a year and a half.

In 1962, Bill’s call to missions led their family to Sierra Leone, West Africa to serve as house parents at Kabala Rupp Memorial School, the only boarding school in the country missionary children. For two years, they looked after 27 to 35 students from three or four denominations. While house parents, Bill and Joyce had their second daughter, Sharon g89. The children at the school loved playing with Sharon – Bill jokes that she had dozens of babysitters. He still hears from many of these former students and their parents, who thank them for everything they did while at the school.

At the end of this assignment, Bill and Joyce went through language studies, took a furlough in the U.S., and returned to live in a village and continue learning the local language. However, the school asked them if they would be willing to return as house parents once again, as enrollment had grown to over 50 children. After two more years with the school, they were called to teach for one year at Sierra Leone Bible College near the capital city of Freetown.

During their next furlough, Bill attended Trinity Seminary to obtain a master’s degree in Missions. In the meantime, Sierra Leone Bible College was looking to implement a theological education by extension (TEE) teaching model to better reach the agrarian pastors who had families and vocations and couldn’t relocate to the city for training. Bill spent a semester researching the TEE model while at Trinity in preparation to spearhead this innovation. The Missionary Church stationed him at their headquarters in central Sierra Leone, and Bill started extension programs in several of the surrounding towns with great success. The students learned through repetition and coaching, using curriculum designed specifically for their needs. The TEE in Sierra Leone eventually grew to 23 centers all over the country, led by missionaries or experienced pastors. Bill shared the following story about the result of this effort:

“I’ll never forget, I went to one town where the program had been going for a while, and one of the parishioners said, ‘What did you do to our pastor?’ I said, ‘What do you mean?’ He said, ‘Well, his preaching is so much better!’ The TEE program was a very rewarding ministry, as far as the African church was concerned. After four years, we had over 300 students in the extension program, so many more were preparing for ministry.”

The TEE program was Bill’s last overseas assignment. He returned to Fort Wayne and became assistant overseas director for the Missionary Church. In this capacity, Bill met with new candidates, worked with missionaries on furlough deputation, promoted the mission, and organized a summer overseas experience for college students. While in this role, he was invited to teach a missions course at FWBC and then to serve as director of Correspondence Studies at the college. Finally, he came on staff at FWBC as alumni director, serving in this role for 12 years. His tenure as alumni director included the transition to Taylor University, and Bill was integral during that process. His history with the campus, plus his natural gift for peacemaking, made him a calming influence, and many have credited him and Joyce with anchoring the campus through that transition.

After retiring from TUFW 1997, Bill and Joyce moved to Arizona to care for Bill’s aging parents. They both worked and lived at Glencroft Retirement Community in Glendale, AZ where his parents lived. Finally, after 40 years, six different positions, and 20 moves, Bill and Joyce officially retired to Fort Wayne in 2005.

Bill now serves as a volunteer and historian for the Fort Wayne Alumni Center. He has spent the last 10 years organizing the college archives to preserve the 105-year history of God’s ministry in the lives of all the faculty, staff, students, and alumni of the Fort Wayne campus. Bill and Joyce also help their daughter, Sharon, who is the director of emergency services for the Fort Wayne Rescue Mission. They visit their daughter, Sandy, and her family in Virginia as often as they can.

Romans 15:13 is about the hope, joy, and peace that God gives us each day. Bill has cherished this verse for many years, after experiencing the ups and downs of life, whether in a third-world country or in the turmoil of a campus transition. Through it all, Bill has been a minister of kindness and grace to those around him. He has been a faithful steward of his family’s spiritual heritage, using his unique gifts to serve God in many ways, touching hundreds of lives, both around the world and in his own backyard.

Be the first to add your tribute to Bill. 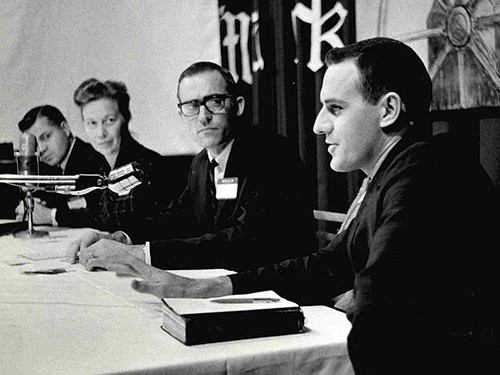 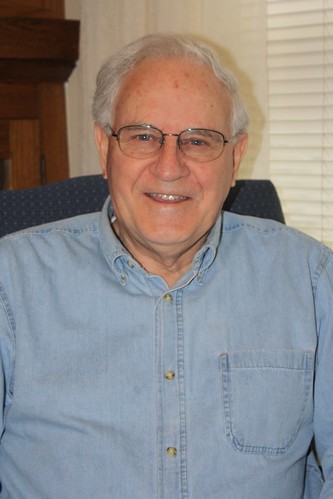 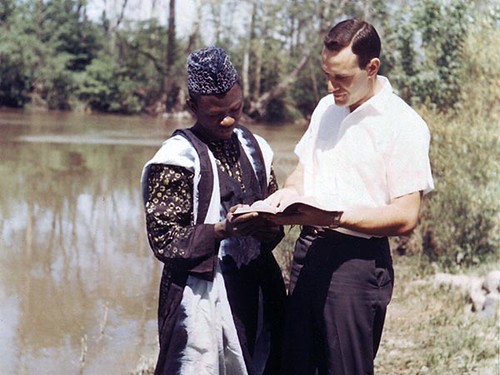 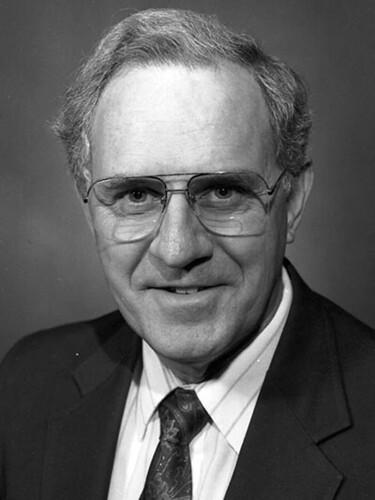 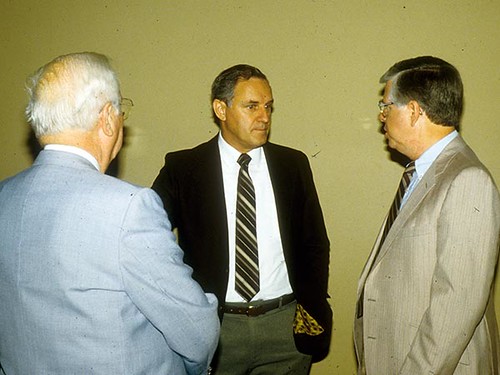 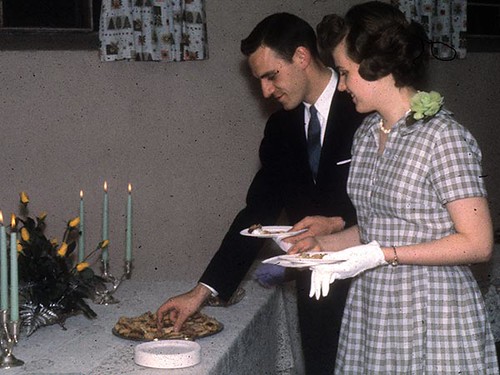 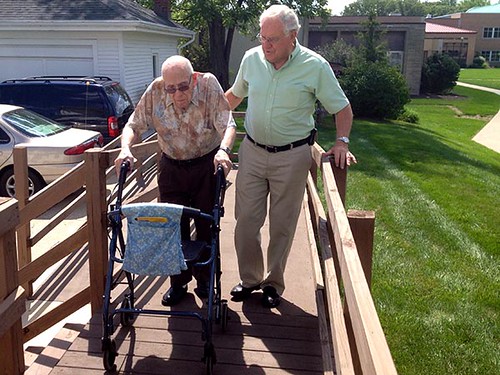 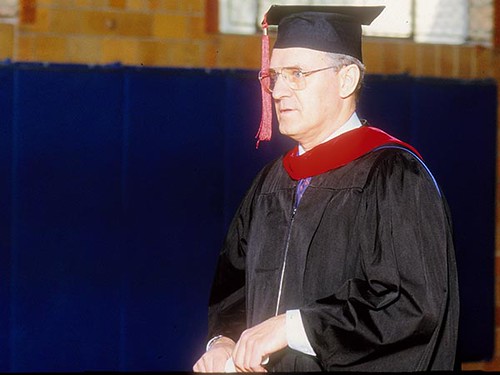 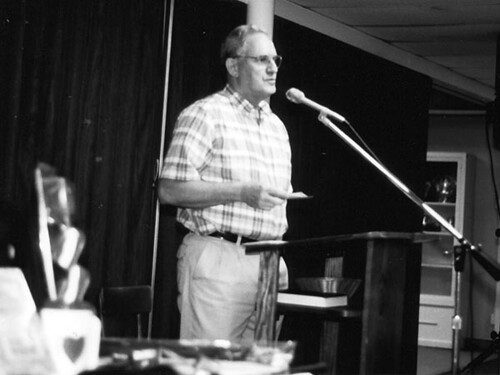 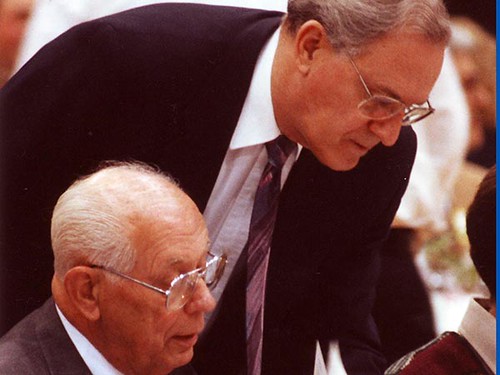 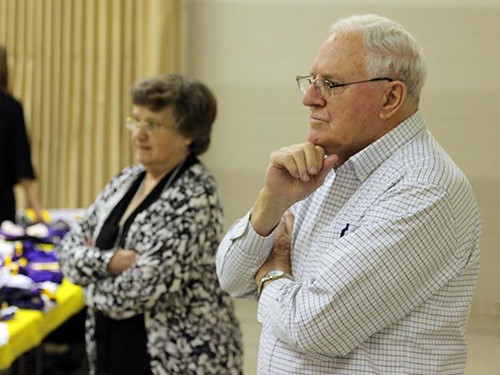 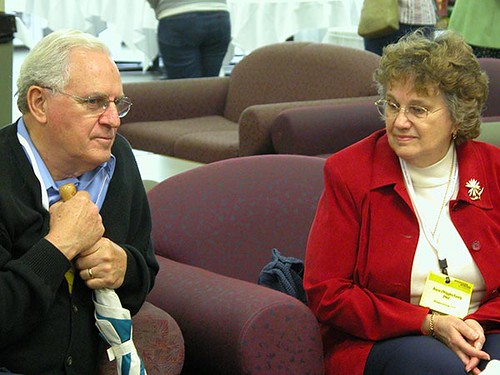 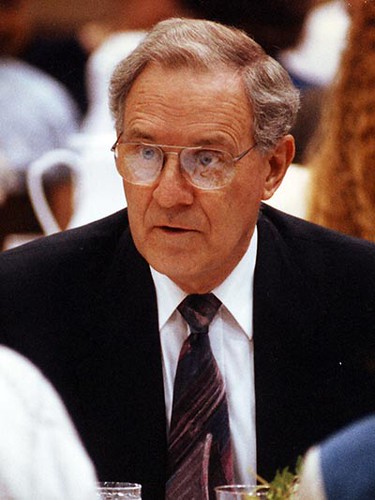 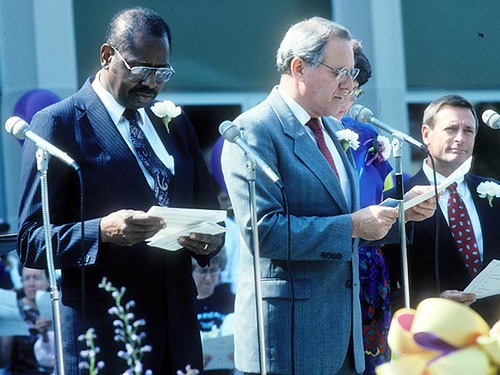 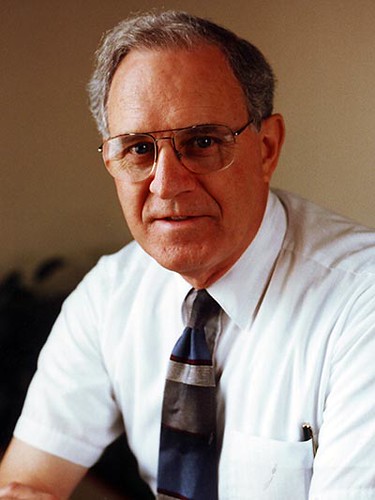 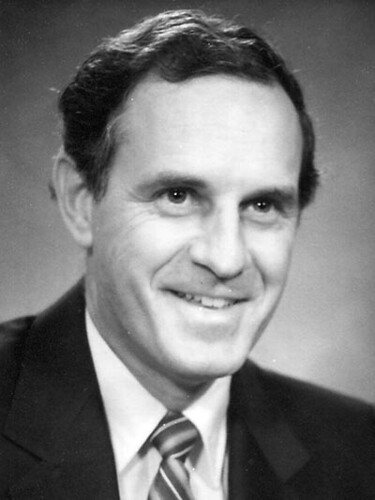