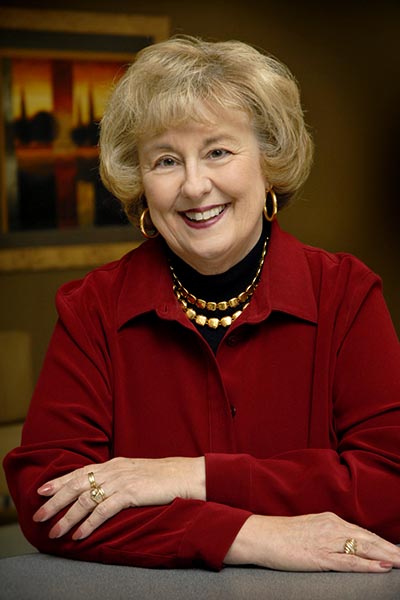 Charlotte “Char” (Miller) Binkley g65 has been a life-long leader with a heart for her local community. She taught elementary school until 1973. From 1973-1976 she taught Psychology and worked in the Office of the President at the Fort Wayne campus before starting a 35-year career in Christian radio with WBCL. She served as director of women’s programming, assistant manager, and executive director for the ratio station. Char considered herself privileged to be “invited into listeners’ homes” every day to encourage and entertain them. She felt called to make a deep impact in her community and has reached thousands of women through her programming and events.

In retirement, Char founded RemedyLive, a youth ministry that began with a radio station and is now a 24/7 online destination for young adults to find help for the struggles they are facing, from bullying to addiction to suicide. She volunteers with the Fort Wayne Alumni Center, has served on multiple boards, and is an esteemed leader and public speaker in the Fort Wayne area. Char has always approached ministry with a roll-up-your-sleeves attitude. Her impact on her community has been as deep as it has been broad, and continues to spread through the lives that have been touched by her words, her friendship, and her contagious joy. Char and Steve g64 have been married since 1962 and have two children, Andy fs86 and Angie g86, six grandchildren, and one great-grandchild.

Charlotte “Char” (Miller) Binkley g65 was born in 1942 and grew up in Lima, OH. The oldest of three girls, Char was a natural leader and organizer. Her early life was full of solid spiritual influences, as her hometown was a hub of citywide evangelism in the 1950s and ‘60s. She attended evangelical rallies and was so energized by the messages that she would read them over again when they were printed in the paper the next day. She also attended church camp every summer until she left for college.

Fort Wayne Bible College (FWBC) used to send gospel teams, like the Crusaders Quartet, to Char’s church to share and sing. From an early age, Char made up her mind that she wanted to attend FWBC, and never considered any other college. She started her freshman year at FWBC in 1960 as a first-generation college student and majored in elementary education. One of her first roommates, Cecelia “Cec” (McCrea) Ashley g64, was a childhood friend from church camp. Char enjoyed staying in various dorms during her college experience, including Providence, Bethany, and Leightner.

During her freshman year, Char met Stephen “Steve” Binkley g64. They got engaged on Valentine’s Day of their sophomore year and were married that August. They were granted permission to return to campus as married students, with the full support of their parents and campus community. Both were able to complete their bachelor’s degrees, although Char took a year off when she became pregnant with their first child. She was in her senior year seeking to complete her student teaching when Steve took a job as a pastor in Auburn, IN. Dr. Ted Nichols h95 made an exception, the first of its kind, to allow Char to complete her student teaching in Auburn, which was outside of the Allen County school system. His flexibility allowed Char to relocate to Auburn and still complete her academic requirements. Char expressed great gratitude many times to “Dr. Ted” for his kindness.

After graduation, Char taught primary school for six years: one year at Auburn, one year at Forest Park, and four years at Study Elementary on Brooklyn Ave. She loved teaching the children and seeing their development, but especially loved working with their parents. While teaching at Study, an inner-city school, she got creative when parents wouldn’t show up to parent-teacher conferences: Char would walk one student per week to meet the child’s mother and, sometimes, younger siblings at a restaurant down the street. She would conduct the parent-teacher conference over lunch, treating them out of her own pocket. Not one parent ever turned down this offer.

Char received her master’s in education from Indiana University Fort Wayne in 1973. That year, she was voted Outstanding Young Educator of Fort Wayne. She applied to work at FWBC, with her mind set on becoming the dean of women. The position was not open; however, then-President Dr. Timothy Warner g50 invited Char to work as his assistant. Char spent the next few years working in the Office of the President, organizing the chapels, and teaching child development and educational psychology.

In 1975, FWBC brought in Mike Heuberger to begin a radio station, WBCL. Char remembers running into Mike in the hallway and asking what he planned to offer for local women who were listening from their homes. Mike asked Char if she was interested in being involved, and this encounter led Char to her true life’s passion: Christian radio.

Char began her radio career with WBCL as director of women’s programming. She developed and hosted a 25-minute daily talk show on topics of interest to local women, including panels of authors, pastors, counselors, and industry professionals. Over her 35 years with the station, she interviewed over 5,000 authors – and always read their books.

Char became assistant manager of WBCL in 1980 and started Mid-Morning, which expanded the daily women’s program to 55 minutes. Char loved having the listeners call in and share about their lives; she felt that it was a great privilege to be “invited into listeners’ homes” every day and enjoyed encounters with them in the grocery store or around town. She also presented at retreats, seminars, and other special events for women.

In 1985, Char became executive director for the entire WBCL radio network, which was spread across Fort Wayne and Muncie, IN; Archbold and Spencerville, OH; and Adrian, MI. She continued to host her daily program while managing operations and being responsible to raise and oversee the network’s annual budget of $2 million.

Some of Char’s most memorable radio programs were comedies. When a talk show guest cancelled last-minute, Char invited a salesman who had happened to walk into the studio to be an impromptu guest on the air. She and morning announcer Jeff Carlson spent the entire program with the phone lines open talking about the uses for surgical tubing. These “programs of laughter” were always favorites with the listeners. Char and Jeff worked together as a dynamic team until Jeff was tragically killed in a car accident in 1995.

Despite some offers from larger, national organizations, Char never considered leaving WBCL. She felt called to make a deep impact in her local community, entertaining and encouraging listeners in homes and gathering them together for the popular retreat, A Day Away, that drew thousands of women. She hosted special events at the Memorial Coliseum featuring James Dobson and Joni Eareckson Tada. The entire Binkley family even traveled together presenting Prescription for Family Harmony seminars, which involved Char and Steve’s children, Andy fs86 and Angie g86.

As Char approached retirement, she felt drawn to start a ministry for young mothers. One day, her teenage grandson got into the car with her and switched on a popular radio station. The vulgarity Char heard over the radio shocked her to the core, and she felt compelled to turn her attention toward a ministry to youth, doing what she did best: radio. Char received permission from the WBCL board to start a radio station, started a task team of local ministry leaders, and spent a year and a half researching and planning. She raised $500,000 in five months, opened a studio in downtown Fort Wayne that doubled as a youth center, and set up an internet radio station, Remedy.fm. When technology shifted toward video, she hired Clinton Faupel to transition Remedy.fm, now RemedyLive, to the video space. RemedyLive is now a 24/7 online destination for young adults to find help for the struggles they are facing, from bullying to addiction to suicide.

Although she has stepped away from the daily operations of RemedyLive, Char continues to keep busy in retirement. She began volunteering with the Fort Wayne Alumni Center in 2015 and serves as chair of the relocation committee, which is responsible for relocating the Alumni Center to our new location in\ the Welty Building, 3901 South Wayne, in May 2019. Char has also helped Michael Mortensen g91, director, and Stephanie (Cox) Demorest g93, Alumni Center coordinator, with strategic planning, Day of Giving events, and other support services. She continues to speak at luncheons and retreats and occasionally in churches’ Sunday morning services. She and Steve enjoyed being active in the lives of their six grandchildren while they were growing up, and they now have one great-grandchild.

Char’s many achievements have been recognized by the following awards: Outstanding Alumna of Fort Wayne Bible College, Distinguished “Friend” Recipient – Taylor University, James Kelley Leadership Award of Fort Wayne, Legion of Honor Award – Taylor University, and Outstanding Alumna of the Year –Shawnee High School. She has served on numerous boards, including Fort Wayne Area Youth for Christ Board, Board of Directors of National Religious Broadcasters, and Board of Directors of American Bible Society. She received an honorary doctorate from Huntington University in 2006.

One of the lessons Char teaches at her weekend retreats is about faithfulness and obedience. Char’s life has been an example of both, in the big and small things she has been called to do. Whether managing a radio station or making time for her family, speaking to thousands of people over the airwaves or meeting with one mother over lunch, Char has always approached ministry with a roll-up-your-sleeves attitude. Her impact on her community has been as deep as it has been broad, and continues to spread through the lives that have been touched by her words, her friendship, and her contagious joy.

Be the first to add your tribute to Char. 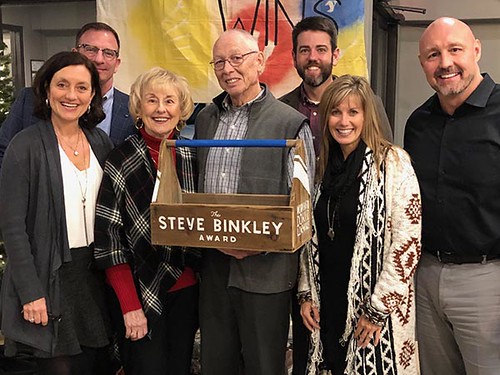 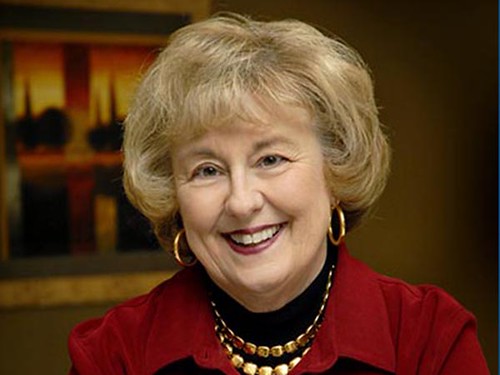 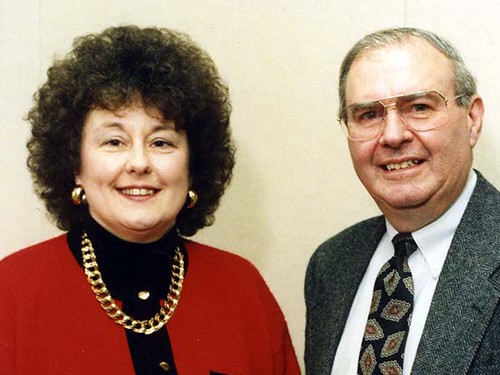 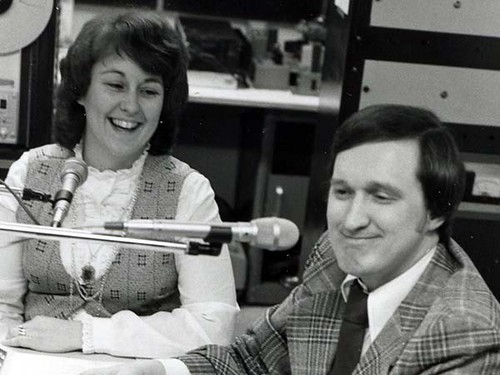 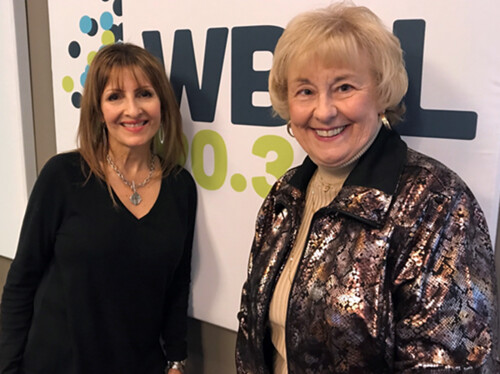 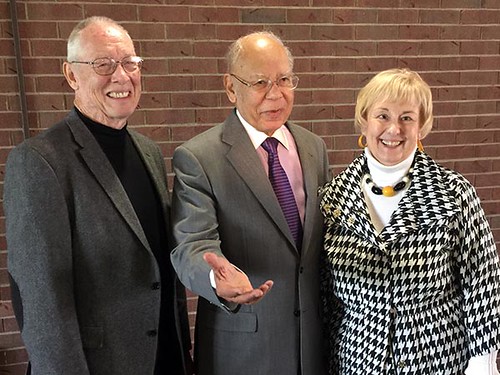 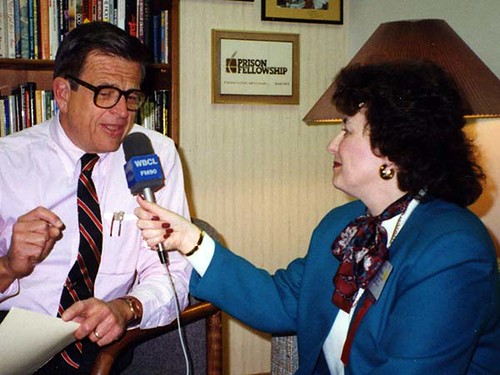 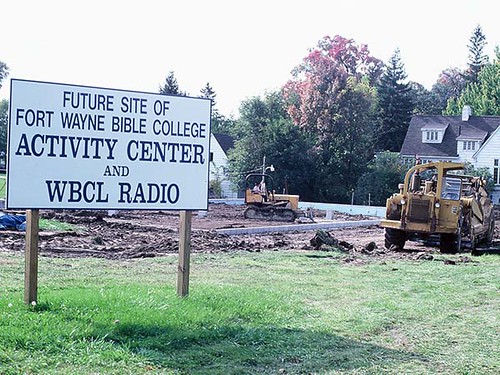 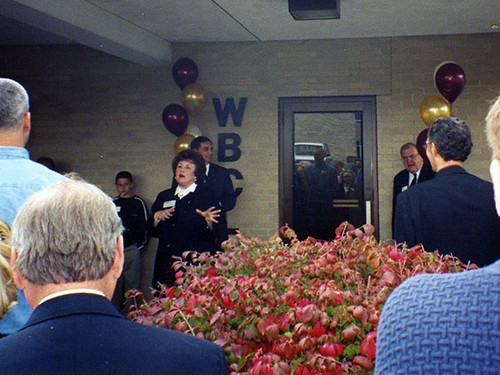 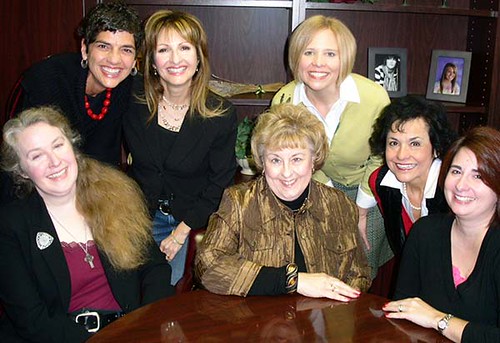 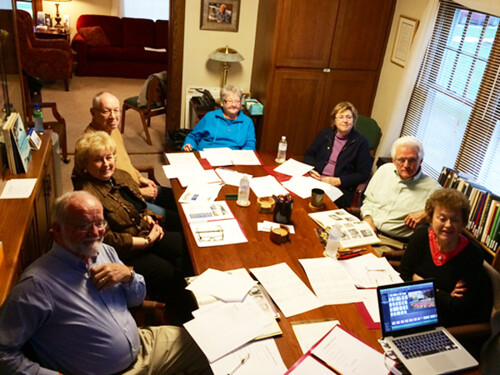 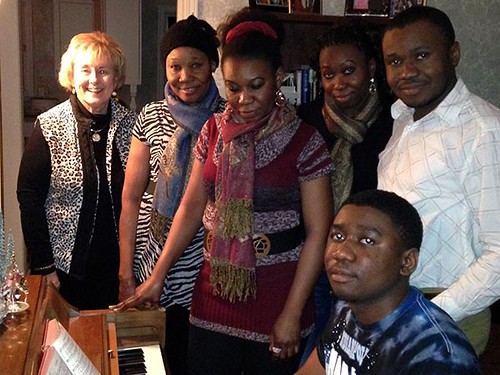 Char with Congolese family she helped relocate to FW 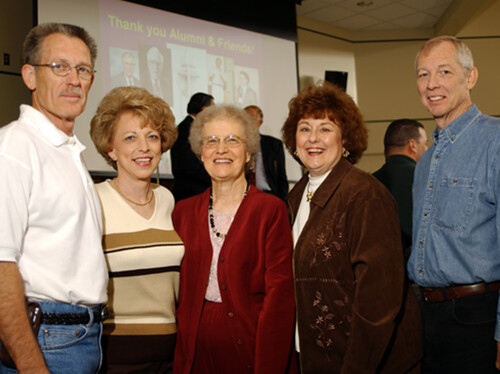