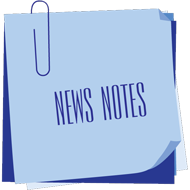 Julia graduated from Stockwell High School and won a Rotary International Scholarship (1947). She attended Fort Wayne Bible Institute, then Greenville College (B.A.,1952) & Purdue University (M.S. Ed., 1955). A career high school business teacher, first in Indiana (1952-1954), then in Arizona (Phoenix Christian, 1954-1963; Coronado High, 1963-1989), she was repeatedly recognized as an outstanding educator (Delta Pi Epsilon, 1967) and citizen (among the “Phoenix One Hundred,” April 1996). Her former students loved her, kept in touch with her, and took her out at least once a month for as long as she lived in Phoenix (2015), among them Jerry & Nancy Simmons.

A long-term Treasurer on the Board of Governors of the Palm Lane Gardens Cooperative, Julia forged many close friendships there, including with the late legendary Democratic state politician, Polly Rosenbaum, though Julia remained a staunch Republican. A connoisseur of antique furniture, she was a volunteer docent for over 15 years at Rosson House.

Julia’s greatest legacy was her unswerving loyalty to her family and friends, to whom she repeatedly offered support during troubled times. Many persons were touched by her Christian graciousness, kindness, and charity, including her caretakers during her difficult last years, when her keen mind succumbed to dementia.

The family is thankful for the care she received at Fellowship Square in Phoenix, at The ACRES outside of New Carlisle, especially from Susan Lies, and through the Center for Hospice, Mishawaka.

Julia’s principled life lived for others is captured in a Christian song she loved, “Find Us Faithful,” by Steve Green.