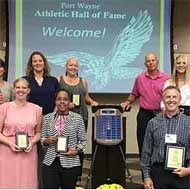 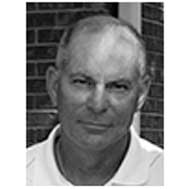 Greg was an outstanding athlete who is best remembered for his tennis play. He played at number one singles, Larry “Sugar Bear” Lewis g76 played at number two, and the two teamed up at the number one doubles spot. The two rarely lost in either singles or doubles, and if the team hadn’t already won by the time the doubles competition began, their doubles play often clinched the victory for the Falcons. Larry, himself a Fort Wayne Hall of Fame athlete, always considered Greg by far the best tennis player in FWBC history. 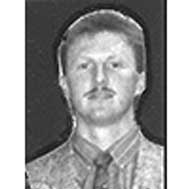 Jim continues to have an amazing life in sports and other ministries. Even before he came to college, he was around campus sports teams, since his father was a professor. While at FWBC and Summit, he distinguished himself as an outstanding soccer player and coach. 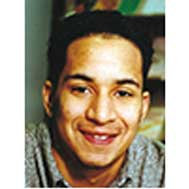 Jason had a truly remarkable career playing for TUFW. He made his mark as a premier athlete at both the high school and collegiate levels in his hometown of Fort Wayne, Indiana, breaking multiple basketball records during his three years as a uniquely gifted Taylor University Fort Wayne (TUFW) Falcon.