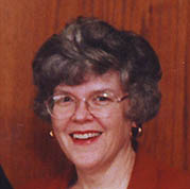 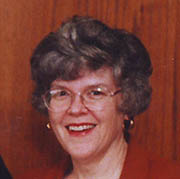 From its earliest roots, the Fort Wayne campus thrived in part because of the many godly employees who went beyond the call of duty without seeking personal recognition for their sacrificial service. Agnes Saddington h09 is one such person. Her 20 years of behind-the-scenes service were crucial to the success of the Athletic Department, and to the well-being of the student athletes she loved.

Agnes was born near the end of World War II in Philadelphia, the only child of Walter and Mildred (Reamer) Lanz. When Agnes was four, her family moved to Alabama to serve with Christian Missions to Churchless Communities, moving from town to town, opening closed churches, holding Bible classes in public schools, and hosting summer Bible schools. During this time, Walter and Mildred felt led to teach missionary children so that missionaries would not need to leave the mission field or send their children to the U.S. for schooling. The Orinoco River Mission accepted them to serve at a school in Venezuela. Their family spent the next year studying Spanish at the Rio Grande Bible Institute in Edinburg, TX in preparation for this ministry.

When Agnes was 11, her family flew from New York City to Ciudad Bolivar, Venezuela. They later moved to Caripe, in the mountains of eastern Venezuela, where Agnes attended high school on the campus of Las Delicias Bible Institute, a training school for Venezuelan pastors and children’s workers

After graduating from high school, Agnes took a gap year, traveling with her parents all over the U.S. as they did missionary deputation. She then returned to her birthplace to attend Philadelphia College of the Bible (Cairn University), graduating with a Bachelors of Science in Bible in 1967. While at PCB, she met James “Jim” Saddington h09, whom she married in 1967. Jim taught history at Northeastern Bible College in New Jersey until August 1983, when he took a faculty position at Fort Wayne Bible College (FWBC). Jim and Agnes, with their three children, Jennifer, Stephen, and Jessica, moved from the small town of Budd Lake, NJ to Fort Wayne.

Agnes also began working at the college, starting in the Office of the President and later in development. When FWBC became Summit Christian College and a new activities/athletic center was built, Agnes spoke with athletic director Deb Rupp g76 to see if there were plans for a department secretary. Deb asked if Agnes was interested in the position, and the rest is history.

As the first and only athletic secretary in campus history, Agnes did it all. She kept the department organized, beginning in an era before personal computers or electronic calendars. Two of the walls in her office held large dry erase board calendars, where each athletic event was scheduled and tracked up to two years in advance. She also followed through on innumerable details, such as requesting checks for each official who refereed a game, ensuring they were paid promptly for their services; taking tickets at home basketball and volleyball games; and tracking and preserving many athletic records which might otherwise have been irretrievably lost. “She was a positive, kind servant of the Lord,” said Kevin Damesworth g00. “She was always so very helpful and caring. In my four years of playing basketball for TUFW, she was always there, taking care of things behind the scenes and being an encouragement.”

Agnes knew all the athletes and also became acquainted with most of their families, especially those who regularly attended games. Agnes frequently served as an informal counselor for students who came to her office, listening while they shared their struggles. “I just loved how she made everyone feel important when they came to see her,” said Cori (Green) Roton g00.

For several years, Agnes and Jim also served as hosts for a wing of the men’s dorm, opening their home to students for dinner and fellowship. Many Fort Wayne students fondly referred to Agnes as “Mom.”

At the Athletic Department banquet at the end of each year, athletic director Bud Hamilton g68 would inevitably remark that he couldn't do his job without Agnes' dedication and commitment. Those within the department knew he wasn’t exaggerating. Over the span of 20 years, there were numerous coaches, assistants, players, and fans who were part of the department for a season or two; Agnes was one of the few who remained consistently involved, a stabilizing influence through many transitions. “Agnes was always supportive and thoughtful,” said Shellie Kale-Burden g91.

Today, in retirement, Agnes remains active at Avalon Missionary Church, teaching the kindergarten/first grade Sunday School class. She is a proud mom of two daughters and one son, and a grandmother of six grandchildren: Brier, Drew, Lauren, Mia, Owen, and Wyatt.