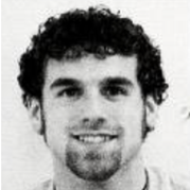 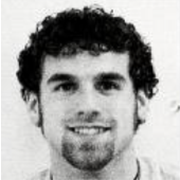 Mike Collins g03 knew his priorities at a young age. When visiting colleges as a high school student, he looked at several NCAA Division II and III programs, but didn’t care for the party-school culture. His older sister attended TUFW and, in the end, it was the only school he applied to. Upon joining the soccer team, he found the wholesome camaraderie he was looking for – and went on to achieve success that would bring honor to his team, his coaches, and his campus.

His first year, under coach Jose Castillo g84, Mike scored in every game. He was part of the “Freshman Four” lauded for bringing the team to a new level of success. After the season ended, some of Mike’s teammates started transferring to other programs, and Mike wondered if he should do the same. His mentor, athletic director Bud Hamilton g68, came alongside to help him work through this decision and, ultimately, convinced Mike to stay at TUFW. “Bud was the biggest support and advocate for me,” Mike said.

The soccer team went through some challenges filling both the head coach position and the team roster. Nevertheless, Mike continued to live up to his reputation as a goal-scorer. His junior season was a record-breaking year: he broke single game, single season, and all-time TUFW career scoring records, finishing the season with 38 goals. “The team kind of looked to me to be that scorer,” Mike said. “I didn’t really know what to do with that, other than go out and just play.”

As a senior, Mike approached the milestone of scoring his 100th goal – a rare feat for collegiate players. The athletic department made arrangements with the referees, and when Mike scored that 100th goal, he grabbed the ball out of the net as a keepsake and ran to the sideline to celebrate with his teammates and exuberant fans. “I still have that ball today,” he said.

In addition to his accomplishments, Mike was respected for his character. When Bud brought in his son, Bob Hamilton g98, as interim coach, Mike partnered with him to help lead practice and work with the offense. This allowed him to learn coaching tactics and skills that would serve him the rest of his life. The entire team benefitted from his example. “When your best player is also a hard worker, it prompts the other players to work harder,” Bob said. “He was a great example for how to live your life on and off the field.”

Mike was awarded All American Honors from both the NCCAA and the USCAA, the first ever Fort Wayne athlete to receive these honors. He played on all-tournament teams and received awards for his performance. He was awarded Most Valuable Offensive Player in 1999 and Most Valuable Defensive Player in 2000. As a senior, he was invited to try out for Fort Wayne Fever, a local minor league team.

After graduating with a degree in public relations, Mike worked his way up in retail management at a sporting goods store and coached JV and varsity soccer on the side. But for Mike and his wife, Bethany (Weideman) g03, the stereotypical American life just didn’t satisfy. Their first son, Chase, was born prematurely and lived only a few months. Shortly after their daughter, Maggie, was born, they entered full-time ministry in South Carolina with Thornwell, a historic foster-care program that offers safe and loving homes for children in need. The Collinses were house parents to eight teenage girls who came from unhealthy homes where they had been abused or neglected. Mike and Bethany provided 24/7 support, training and coaching the young women to develop the skills they needed to have healthy relationships and a hopeful future.

As their family grew with the birth of their son, Ethan, the Collinses transitioned to a cottage of six to eight preschoolers where their children could be involved as peers and as leaders. “While teenage girls will get mad and hang onto that and bring it up years later. . . preschoolers will get mad and cry and finish their timeout, and then it’s done,” Mike said. During their nine years as house parents, the Collinses ministered to approximately 50 children that stayed at the campus.

Mike now serves as consultant and trainer with Thornwell, supervising several cottages and being on call for the house parents’ questions and, at times, crises. Through Bethany’s involvement with an international program at a local school, their family also hosts 7 – 11 Chinese students at a time in their home. Their family continues to impact young people around the clock. “I don’t have a lot of time off, but I know that I’m called to serve,” Mike said. “We all have great things that we’ve done . . . . If we’re doing them for ourselves, then they mean nothing. But if we’re using our talents and our gifts to praise the Lord and to do things for him, in his service, that’s the most meaningful part.”