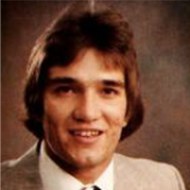 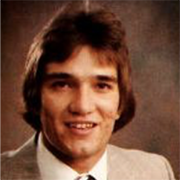 Gary Ringenberg g79 was an outstanding athlete and team leader on the tennis and basketball teams at Fort Wayne Bible College during the late 1970s.

Gary spent his earliest years in the inner city of Cleveland and loved playing all sports. His older brother, Roger g69, encouraged his love of sports. Gary remembers playing basketball in the driveway with his friends and baseball in the yard; he also played in a basketball league in the City Projects.

In fifth grade, Gary moved to Woodburn, IN where he enjoyed playing on Little League and baseball travel teams. From junior high through his freshman year at Woodlan High School, Gary played football, basketball, and baseball. He eventually switched to men’s volleyball and wrestling, but continued to play baseball, becoming known as one of the top pitchers in the area. He hoped to make it to the ISHAA State Tournament for wrestling, but fractured ribs in the regional tournament ended his season.

After graduating from high school, Gary worked in construction for a year before attending college. During this time, grew from 5’7” to 5’11” and put on weight and muscle from doing concrete work.

Gary wanted to enroll at Taylor University to become a teacher and coach. However, his parents, the Rev. Gerald g45 and Violet (Egly g45) Ringenberg, insisted that he attend Fort Wayne Bible College (FWBC) for one year first. Roger had graduated from FWBC, and their sister, Dorcas (Ringenberg) McDeavitt g76, was still attending.

Gary joined the tennis team his freshman year at FWBC. Tennis (Photo) was a new experience for him, but he enjoyed learning the game from Coach Kent Fishel g66, who encouraged him to keep working hard at the sport. The team went undefeated in the North Central Christian Athletic Conference (NCCAC) and was 11-1 overall. But what Gary remembers most from that first year was Coach Fishel meeting with him one-on-one for Bible study, demonstrating what a powerful impact a coach can make. That season, Gary earned the first-year certificate and won the Warner Award in recognition of his leadership and character. He enjoyed his FWBC experience so much that he decided to stay rather than transferring.

The next year, Coach Stephen Morley g65 encouraged Gary to join the basketball team. Gary played both basketball and tennis for the next three years. Coach Morley preached hard-nosed defense, reminding his teams that defense wins games. Gary received the Best Defensive Player Award all three years he played. He also led the team in assists all three years, setting both game (15) and season (170 in 1978-1979) records. He earned the Sportsmanship Hustle Award for the second year in a row. “Gary always left all on the floor,” Coach Morley said. “He played the game the way it is to be played, and showed great humility in the process, all to the glory of God.”

For two summers during college, Gary worked as a coach and instructor at Taylor Summer Basketball Camps (Picture). He was able to help young boys improve their basketball skills and led them in a Bible study each evening. It was his great joy to see many campers make Christian commitments.

In tennis, Gary received the third-year tennis award his junior year. He played both singles and doubles in helping to lead the team to a 7-2 overall record. In basketball, Gary was recognized as a member of the NCCAA II District III All District First Team. In addition, Gary earned the Falcon’s Most Valuable Player Award.

Gary’s senior year of tennis and basketball was capped off with the MVP Award in each sport (Picture), while his selection to the NCCAC All-Conference team in tennis and NCCAA II All-District basketball team underscored the impact he had in both arenas. His final year in basketball brought great memories, as the Falcons made it through a tough three-game district playoff at Maranatha Baptist College in Watertown, WI, all the way to the NCCAA II National Tournament in Springfield, MO. They placed fourth in the national championship.

Gary was honored his senior year with the FWBC Co-Curricular Points Award and was named to Who’s Who Among Students in American Universities and Colleges. The deep friendships made through playing tennis and basketball, as well as all the travel experiences and the spiritual impact from his coaches, made Gary realize his decision to stay at FWBC had been a wise one.

Following graduation from FWBC, Gary enjoyed a varied career that included teaching elementary school, pastoral ministry, and a combination of the two. In 2009, he opened his own insurance agency in Fort Wayne, Summit Ridge Insurance, where he works with former FWBC classmate Deb (Lehman) Shaw g80.

Gary lives in Fort Wayne with his wife, Kathy (Zenkert) g75. He has four grown children and six grandchildren, all of whom are avid sports players. Gary and Kathy Lynn look forward to passing on to their grandchildren the strong spiritual heritage they have been privileged to receive.